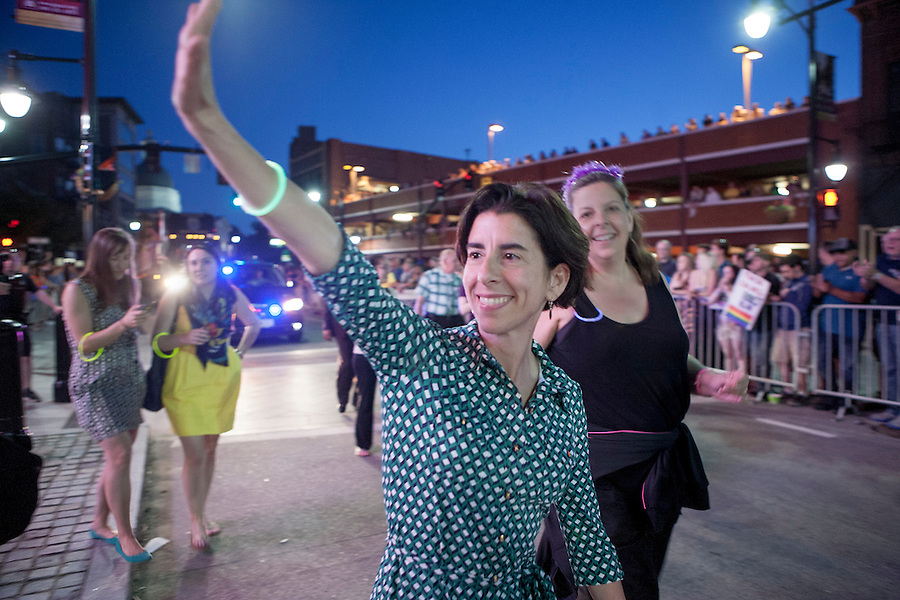 Gina Raimonda General Treasurer of Rhode Island joins the celebration during the RI Gay Pride Parade on Saturday evening, June 14. Raimondo is joined by a larger than normal turnout of both politicians and spectators in celebration of the passage of the RI Marriage Equality Bill which was voted on in April 2013. Raimondo testified at the hearings held by the House and Senate committees in strong support of its passage. When describing the right to be able to marry as fundamental, Raimondo said: "Marrying Andy (Raimondo's husband) was the best decision I have made in my life. I can't imagine not being able to be with him. Every person deserves the right to choose and marry his or her partner."
Mae Gammino
Portfolio, Gina Raimondo-the making of a politician